All Self, All Wellness, Self, Wellness

Imposter Syndrome Might Just Be Stopping You From Chasing Your Goals

Having anxiety and depression are one of the many few types of common mental health problems that are mostly talked about in books, television shows and movies. However, a syndrome that is not talked about or even heard of by many is mild imposter syndrome.

Mild imposter syndrome is a psychological term that refers to a pattern of behavior where people have the mindset of thinking that their accomplishments are never enough and have a fear of being called out as a fraud.
Having imposter syndrome is known to run along the veins in many men and women, especially successful ones too. Some of those successful people includes author and civil rights activist Maya Angelou who admits at times she often felt like a fraud even after writing 11 books, Academy Award winning actress Natalie Portman who began to doubt herself that her acceptance to Harvard was a mistake and even singer Lady Gaga suffers from it time to time as she reveals to feel like a loser at times. Although, these celebrities share the same pain and suffering together, there is also one thing that have in common as well, which is not giving up to achieve their goals and always moving forward.

When I first learned about mild imposter syndrome, I immediately felt personally inclined but no one around me really knows what it means. My battle of having imposter syndrome started ever since I was in primary school but worsened when throughout high school and college.

The reason why my imposter syndrome had started from primary school was simply because of how I felt I was always surrounded by friends who were smarter, prettier and sometimes even richer than me. Everyone seemed to belong somewhere and was somehow valid in society’s eyes, while I felt I was just there. At first, I didn’t see it as much of a bother because I truly did like myself for who I am – that I was maybe different from the rest, but deep down, I knew that was just my conscience telling me to think positive when I low key wanted to be part of something, to have a sense of belonging.

That being said, I was never also the person who got praised by my looks or talents, so when I do get showered with compliments on some fine days, I do very much appreciate it but also secretly doubt myself if it’s really just on the surface and if they really mean it. There is a fine line between being grateful of someone’s words and actually believing them.

I wish I could say that growing up has been a breeze for me but it hasn’t always been that way. I’ve always been the type of person who was good to keep a mask on about how I was really feeling inside. When I went to college, I felt like I was getting worse because I went to a creative college where everyone was a good at either photography, broadcasting and writing. I studied journalism but did some photography and writing on the sidelines but I clearly remember the day where I fell into a pit of full of doubt.

It was the day where I got called in to become one of the models for a famous footwear and apparel brand. It wasn’t only me as there were other models as well. On the day of the event, it started off well as we got to represent the brand as we all got our own shot for a photoshoot. For the first time in a long time, I felt good about myself. However, to my despair, that began to change when one of my other friends got called back by the brand to do another event for but not me.

At first, I thought am I just jealous or am I just really not good at what I enjoy doing?

For days, I went into a slump just wondering ‘what did I ever do wrong?’ and why was it that people just couldn’t see me as a true potential too without trying to be somebody else’. I recall the nights of not getting enough of sleep and crying in bed, the random panic attacks of my mind telling me I am not worth it. This made me seclude myself and put jobs I have been doing on the sideline on hold. I felt maybe I am not ready to do all of this and it put my goals and efforts on pause.

This phase that I was going through went on for a week or so before I told myself that enough is enough. It’s either I sulk and stay in this phase forever or I wanted to at least try to get my drive back again. Trust me, for someone who constantly doubts themselves and doesn’t believe when others tell you that you are enough, it can be hard to get back up, but eventually you will.

Imposter syndrome will stop you from chasing your goals, but that is only if you let it overcome you. The trick to get back up on your feet is to accept the fact that facing downfalls and rejection is part of life, and it happens to make you a stronger person in the future. To feel insecure and doubt is also something to be afraid of because it only makes us human; which we should turn it around and treat it as a way to compete with our past achievements to better ourselves.

This was hard for me to grasp at first, but with the help of supportive friends and watching videos, I have managed to chase my goals instead of letting my imposter syndrome get to me. I would be lying if I said, I did not feel inadequate at times but at least I can say I am so much better now and will continue to be. I am now writing, into photography and modelling on the sideline; doing what I love to do all while pursuing a Fashion degree. I guess the trick is to just do it, give it a try and when you see results, eventually, thats when you’d stop doubting yourself so much. 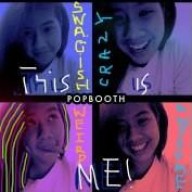 How To Fast-Track Your Career In A Startup

All Career, All Self, Career, Self, Skills

Why Developing Self-Reliance Is Important In Life

All Self, Productivity, Self

All Self, Career, Productivity, Self

How To Create An Environment For Self-Development